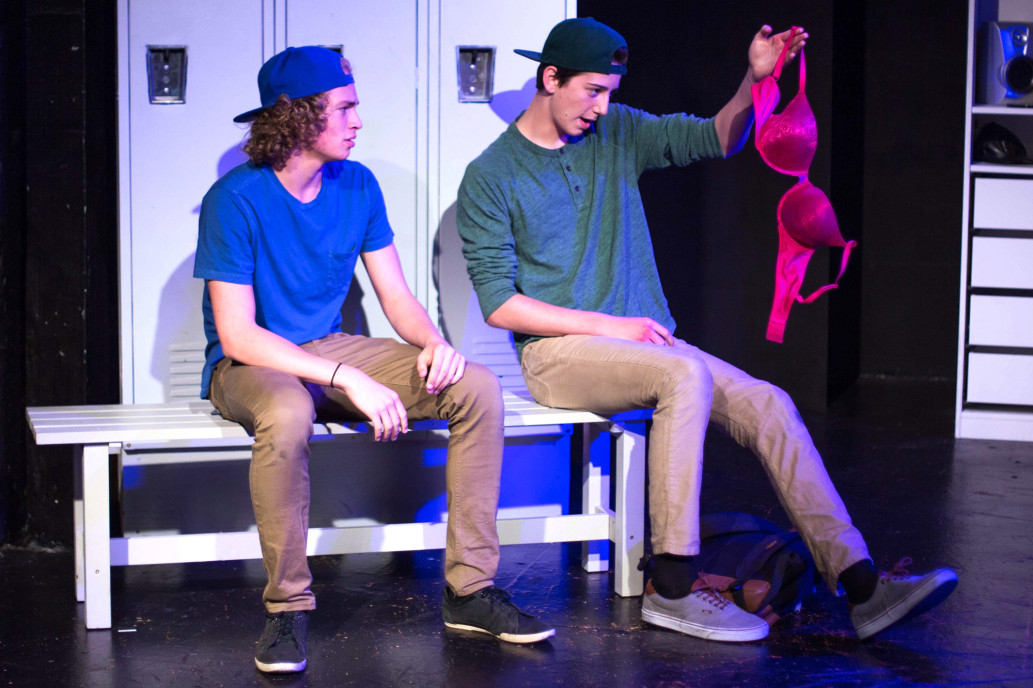 Clearly, the apple doesn’t fall far from the tree: Camryn made her own off-Broadway debut here in 1987, years before her prizewinning turn on TV’s “The Practice.”

Milo, the 56-year-old mom tells The Post, was “always very theatrical and very musical,” performing in shows since he was 6. He even had a three-line guest spot on her old series “Ghost Whisperer.”

“Every time there was an option to do theater, I took it,” says Milo, who grew up in Los Angeles. (His father is Camryn’s longtime friend, model Jeffrey Brezovar.) Since his mother splits her time between LA and New York’s Lower East Side, he’s been seeing Broadway shows with her “since I was probably too young to understand what they were saying.”

Clearly, it made an impression. While they’re in town, they plan to see several shows together, including “Dear Evan Hansen,” which, like “Generation Me,” involves a high schooler’s suicide.

Until then, Milo has his own private acting teacher. “She’s amazing at what she does,” he says of his mom, who last appeared on Broadway in 2015’s revival of “Spring Awakening.”

Then again, she’s still his mom, and the two can’t help but tease one another. “When I’m doing a role that’s made for me — it’s, like, me — I don’t want some mom to help out,” he says.

“‘Some mom?’” she echoes, in mock horror. “You mean your Emmy- and Golden Globe-winning mom?” But it seems he does take her advice to heart.

“She hits me with constructive criticism,” Milo says. “My mom’s the only person who truly wants the best for me, you know?”