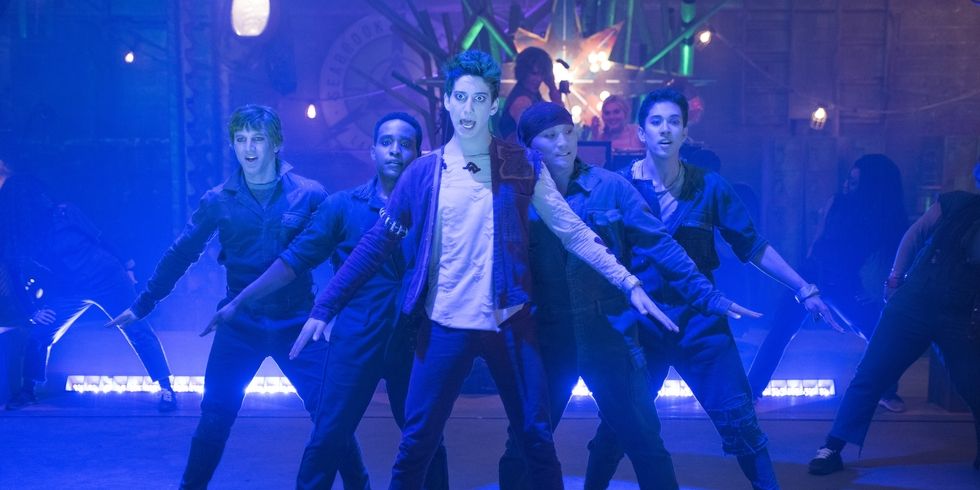 Who knew zombies were such killer dancers?

Disney Channel has given us some truly remarkable musical DCOMs over the years. From High School Musical and Camp Rock to Teen Beach Movie and Descendants, Disney blessed us with some seriously top-tapping bops — and we’re about to get a bunch more with the upcoming DCOM, Zombies.

Though the movie doesn’t premiere until 2018, Seventeen.com has your exclusive first look at both the characters and a major musical number.

The movie is about an unlikely friendship between a human named Addison (Meg Donnelly) and a new student named Zed (Milo Manheim). Oh, and Zed just happens to be a zombie. He and all his fellow classmates from Zombietown recently transfer to a human high school. Will the star-crossed lovers from different worlds end up together? Hey, it worked out for Troy and Gabriella, didn’t it?

The song “BAMM!” involves Addison sneaking into a zombie party to hang out with Zed. While singing and doing the dragging leg (instead of the stanky leg), Zed reminds Addison how they’re not that different, despite the whole human/zombie thing.

Disney Channel will share “BAMM!” during the Season 2 premiere of Andi Mack on Friday, October 27 at 8 p.m. EDT. DisneyMusicVEVO will also share the music video on its YouTube channel. But if you can’t wait that long, check out the hip-hop teaser below.