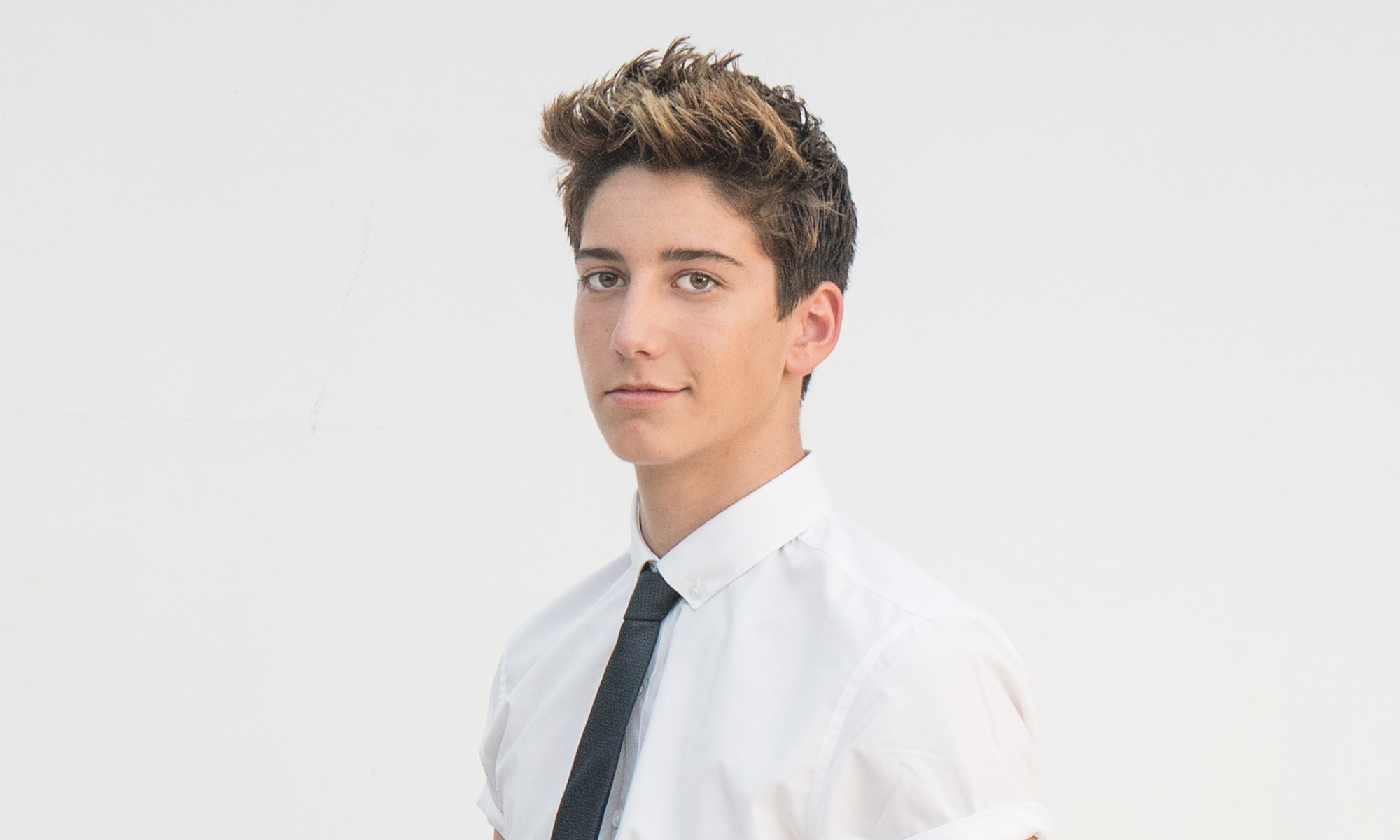 We caught up with rising actor Milo Manheim to get the inside scoop on his upcoming movie, ZOMBIES! The Disney star dished on bringing his character Zed to life, memorable set moments, and more! Read the exclusive interview below:

Let’s talk about upcoming DCOM, Zombies! What can you tell us about your character?
Zed is a Zombie with a positive attitude and a great outlook on life. Even though he’s had a lot of hardships, they motivate him to be the best Zombie he can be. He’s experienced a lot of discrimination, but this has led him to try and change people’s minds about zombies.

What initially drew you to this role?
I thought that the writers made Zed really charming and charismatic. He is so playful and fun so I really looked forward to bringing him to life. Also, his story is extremely important and culturally relevant because he experiences a lot of discrimination and takes action in a positive way.

What should fans be expecting from the movie?
Incredible dancing, action packed high-school sports, cool zombie makeup and costumes, and super catchy songs.

Are there any memorable behind the scenes moments from filming that you can share with us?
I loved all the late-night scenes in Zombietown because the set design was so incredible that it felt like we were in a different world, but the most memorable moments were creating bonds with my cast mates. I couldn’t believe how quickly we became such close friends.

How would you describe the vibe on set? How did the cast like to bond off camera?
It was a very hard-working cast and crew. I learned so much from everyone, and it was a really comfortable, positive, and exciting vibe. Everyone was incredibly pumped to be there and we all genuinely respected and valued each other’s work. On our time off, we loved to go explore together. We went to an Escape Room, a virtual reality arcade, CN Tower, the movies, shopping, restaurants—it was the best summer of my life.

How will you be celebrating premiere night?
I just want to have some friends over, order pizza, and watch the movie!

Having turned heads in the musical theater scene, what are some of YOUR favorite musicals?
I love Dear Evan Hansen, Book of Mormon, Rent, Spring Awakening, The 25th Annual Putnam County Spelling Bee, Generation Me, and I know it’s cliché, but Hamilton!

When you’re not busy on a set, what are you usually up to?
When I’m not at school I’m usually in the theater, playing my guitar, cooking, playing volleyball, or hanging out with friends.

When you think of your ultimate dream role, what genre of film/tv does it include?
Anything that involves acting with Jim Carrey or Ty Burrell in a comedy.

What’s been the highlight of your year so far?
The SAT… Just kidding! There’s nothing that could compare to the experience of filming Zombies.

What’s something you’re still hoping to cross off your bucket list?
Creating my own signature cologne!

What are some of your current obsessions? (ex: books/movies/tv shows)
One of my favorite shows ever is a mini-series on Netflix called 3%. It’s all in Portugese and so addicting. I also love Modern Family and watching videos of Gordon Ramsay cook. When it comes to movies, I could watch The Truman Show over and over.

Any special message for your fans/viewers?
First of all, thank you for reading this and being interested in the Zombies movie. Secondly, I always admired actors who did something good with their persona, and my main message to spread is that it’s really important for everyone to be nice to each other and treat everyone with respect.

Fun facts:
1. I can juggle
2. I have a cologne collection with 36 different colognes
3. I’ve been in about 30 musicals
4. I once had a lemonade stand that was so successful that I was invited to President Obama’s inauguration.
5. I play seven instruments