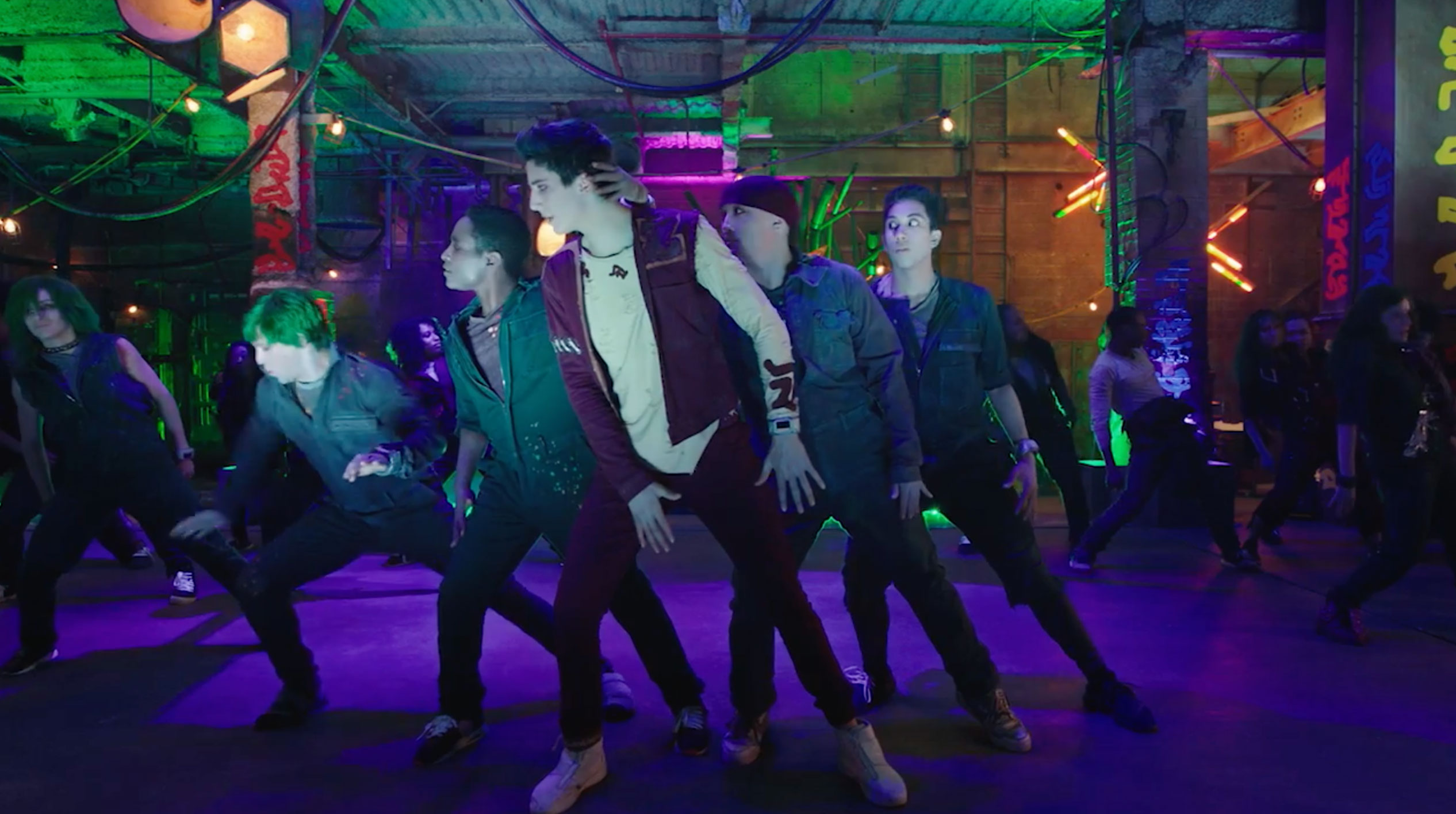 The Stars of Disney Channel’s ‘Zombies’ Musical Take You Behind the Gravity-Defying Moves of ‘BAMM’: Exclusive

Disney Channel is putting an undead spin on musicals with Friday’s (Feb. 16) Zombies, which follows Addison, played by Meg Donnelly (American Housewife), as she meets and befriends Zed (Milo Manheim), a zombie in her picturesque town of Seabrook.

The film includes five original songs, including “BAMM,” a high-energy dance single performed by Zed, Addison and the rest of the Seabrook zombies.

In the exclusive video below, choreographer Christopher Scott and Steven Vincent, the vice president of Disney Channel Music and Soundtracks, as well as stars Donnelly and Manheim, reveal how the song came to life on screen.

That cool and dark idea became a nearly unbelievable dance number, thanks to a “cement” floor that was really a taut trampoline, allowing the dancers to bounce on their backs for the illusion of gravity-defying moves.

Check out the behind-the-scenes video below, and also the full “BAMM” music video. Zombies premieres Friday at 8 pm ET/PT on the Disney Channel.