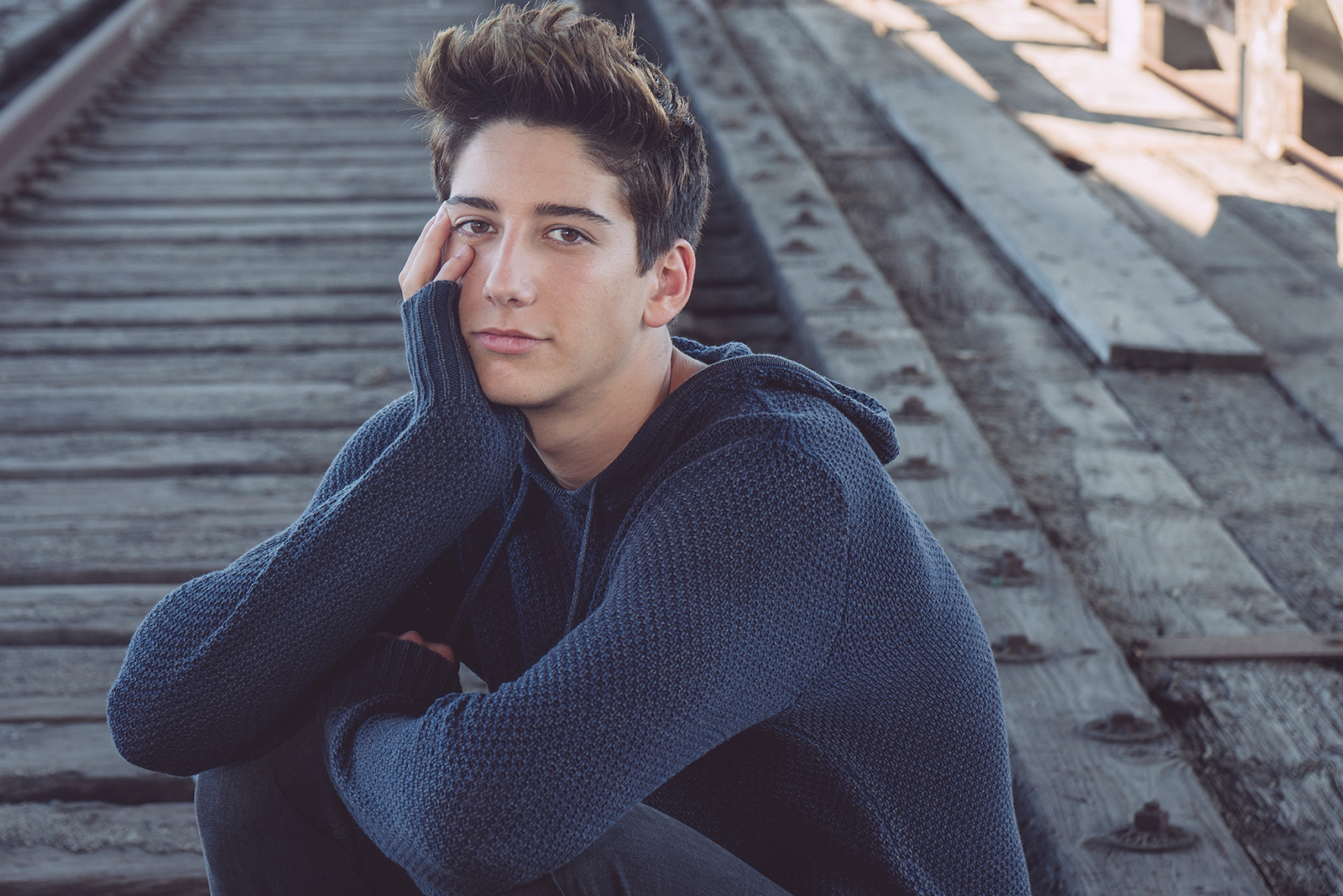 Fresh off the success of starring in his first Disney film, Milo Manheim is a performer on the rise. The star-crossed Disney story of Zed and Addison was a fantastic portrayal of inclusivity and positivity and Milo’s performance as Zed was truly charming and heart-felt. It will be a pleasure to watch his career grow — he sings, he dances, and he has won over millions of fans as Zed in Disney’s ZOMBIES. In an exclusive interview, Milo talks about the appeal of working on ZOMBIES and a few key lessons he has learned as a performer.

What was the initial appeal for you about portraying Zed and working on the Disney film ZOMBIES?
MILO: When I first read ZOMBIES, I thought the character of Zed was a lot like me, except he has green hair. I loved the script because it tells the story of a group of misfits and underdogs who win the hearts of the “normal” people. I loved playing Zed because he fights for what he believes in. It’s a dream role. It combined all the things I love to do in one awesome movie.

How would you describe who Zed is?
MILO: Zed sees the best in people. He has an amazingly positive attitude and he believes in himself and his friends. Zed was born a zombie, and he was told all of his life that he wasn’t as good as the “normal” people, but he doesn’t feel that way. He believes everyone should be treated equally.

What do you admire most about him?
MILO: Even though he’s had some obstacles in his life, he’s got a great attitude, and he has an amazing group of friends who band together to make a change. They are on a mission to prove that zombies are just as great as everyone else.

What was it like working alongside such a fun array of costars in the film?
MILO: It was the best experience! Canadians are the nicest people in the world and when Meg, Kylie, Carla, and I got to Toronto, the rest of the cast welcomed us and made us feel like family. Everyone was so funny and talented and cool.

Who do you get to share the most scenes with?
MILO: Well, since it’s a love story, I spend a lot of time with Meg Donnelly, who plays Addison. She is the bomb. She and I met during the audition process and we became friends even before we got cast in the movie. I also have a lot of scenes with the other Zombies and of course the amazing dancers. I loved working with them all.

What was your favorite part about working on ZOMBIES?
MILO: Honestly, I don’t have a favorite part, because I loved every single second of it — recording the songs, dance rehearsals, costume fittings, acting rehearsals, shooting the movie.

What surprised you about working on this project?
MILO: I was surprised they let me do my own stunts. They let me do back flips and almost all of the football scenes. There is one shot where I am flying over the huddle, and that was my stunt double, but everything else was me!

Were there any challenges that you encountered during filming that you happily conquered?
MILO: Oh yeah, mostly the dancing– Hip hop, popping and locking, tap dancing. I’ve never had any formal dance training, so I had a lot to learn. I’ve done a lot of musicals, so I guess I picked up quite a bit of dance experience over the years, but when I showed up to rehearsal and a bunch of professional dancers were being choreographed by Christopher Scott, I got nervous for a second. Then I just jumped in.

How would you describe the film to viewers?
MILO: It’s about a group of people who are told they’re not as good as the rest of the community, just because they’re different. It’s a story about perseverance and believing in yourself, and it celebrates the qualities in each person that makes them unique.

What do you think viewers will get a kick out of when they watch ZOMBIES?
MILO: If you look closely you will see how creative the zombies are with their clothes. They all have to wear the same jumpsuits but they all put their individual touches on them. Zed uses football leather to make his clothes look unique, Eliza wears computer parts as earrings, and Bonzo makes his own instruments.

As an actor, what has been the one thing you haven taken away from the experience of working on ZOMBIES?
MILO: If you love something, it doesn’t feel like work.

What has surprised you about your career so far?
MILO: I guess the biggest surprise is just how this whole thing unfolded, and how Disney took a risk on an unknown actor and let me play this amazing part.

What are the perks of where you are in your career right now?
MILO: I’ve been invited to a few cool Disney premieres. I went to the “Star Wars” premiere and “The Black Panther” premiere. I also have gotten to go to some amazing charity events. I like using this unique opportunity I’ve been given to do some good for the world. Oh yeah, and sometimes when they give me clothes to do a press event, I get to keep the shoes. 😊

Do you find it to be helpful to have a family member working in the same industry? In what way?
MILO: Yes and no. But mostly, yes. It was great growing up seeing how TV and movies got made. Also, my mom brought me to see almost every Broadway show. She’s a diehard theater fan. I started doing musical theater when I was 7 years old. She definitely passed on her love of acting to me. She gives me a lot of advice. Sometimes I want to hear it, sometimes I don’t.

Has there been any great advice you have gotten about working as an actor?
MILO: Be humble. Be grateful. Keep your good friends close by and go to college.

What advice would you offer to other upcoming and aspiring actors?
MILO: Don’t be afraid to take risks. You’ve got to try things and fail before you learn how to get it right. Do it because you love it, not because you want to be famous. If you don’t love it, you’ll eventually hate it!

Do you have any other upcoming projects that you can share that fans should keep an eye out for?
MILO: Nothing to report yet, but please stay tuned. You can always check out the latest news on my website: MiloManheim.com

To see where Milo’s exciting career goes next, you can also follow him on Twitter @MiloManheim
Disney’s ZOMBIES was watched by over 10.3 million viewers during its premiere. Read more about its incredible premiere at: http://deadline.com/2018/02/zombies-ratings-disney-channels-milo-manheim-meg-donnelly-1202296857/