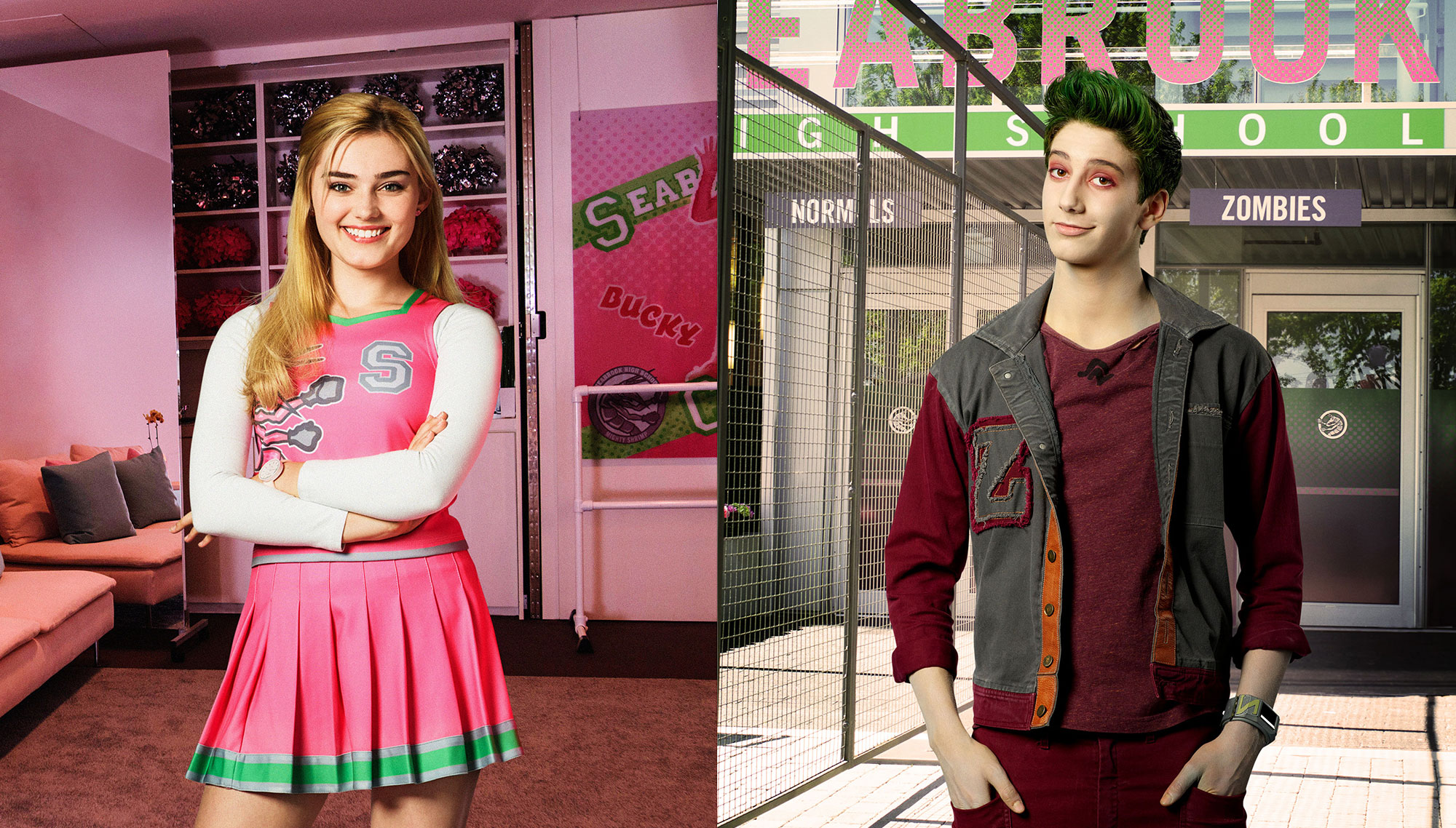 From the brains behind the “Descendants” movies comes an awesome new Disney Channel Original Movie called “ZOMBIES!” We chat to stars Meg Donnelly and Milo Manheim about this new musical movie.

Get ready to groove when ZOMBIES premieres April 20 at 5:30pm on Disney Channel Australia!

Hi Meg! Can you describe the movie “ZOMBIES” in five words?
Dance-filled, amazing, inspiring, fun, plot-twist.
Addison is a human. Were you envious of your cast mates who were transformed into zombies? Yes, definitely. There’s one character, Eliza, who is Zed’s best friend, her outfits were INCREDIBLE… all of her clothes were made out of different materials that you would find in a junkyard and I thought that was so interesting. I would totally rock that in real life.

What are some myths about zombies that the movie addresses?
In the movie everybody thinks that zombies are flesh-eating scary creatures that could hurt humans, but in reality they’re just like everyone else. Even though they are different, they embrace that and celebrate their differences and are very unique. I think kids will definitely love that because you see zombies in a new light. It’s very unlike the zombie movies that we know.

ZOMBIES is filled with awesome musical numbers, which one is your favourite?
There’s a duet between Zed and Addison and that was a lot of fun to film and to record, but the one where the energy was the highest is at the end where there’s a reprise of ‘BAMM’ and it was SO MUCH fun to lm.

Can you share any bloopers with us?
Trevor Tordjman plays Bucky, who is Addison’s cousin, and he is the funniest person I have ever met in my entire life! Every day he would make me laugh so hard that I would start crying and Make Up would constantly be touching my face up because I would just keep sobbing from laughing so hard.

Zed is really cheerful and outgoing for a zombie! What else can you tell us about him?
First of all, he’s got the nicest style that you’ve ever seen. He’s super confident, he’s not afraid to be himself, which is something that I admire about him and I try to do every single day. He does what he loves to do no matter what the expectation is or what other people are telling him to do, and he fights for what he believes in. I could go on and on about what makes him a great person.

The ‘BAMM’ musical number in ZOMBIES looks awesome, especially with you doing ips! What dance styles can you do?
I was definitely the worst dancer on set… ever since I was little I’ve always been moving. I’ve never had a certain style and I have never taken any dance classes. I did a lot of acrobatics with my friend when we were little and I guess that’s where I learned how to flip.