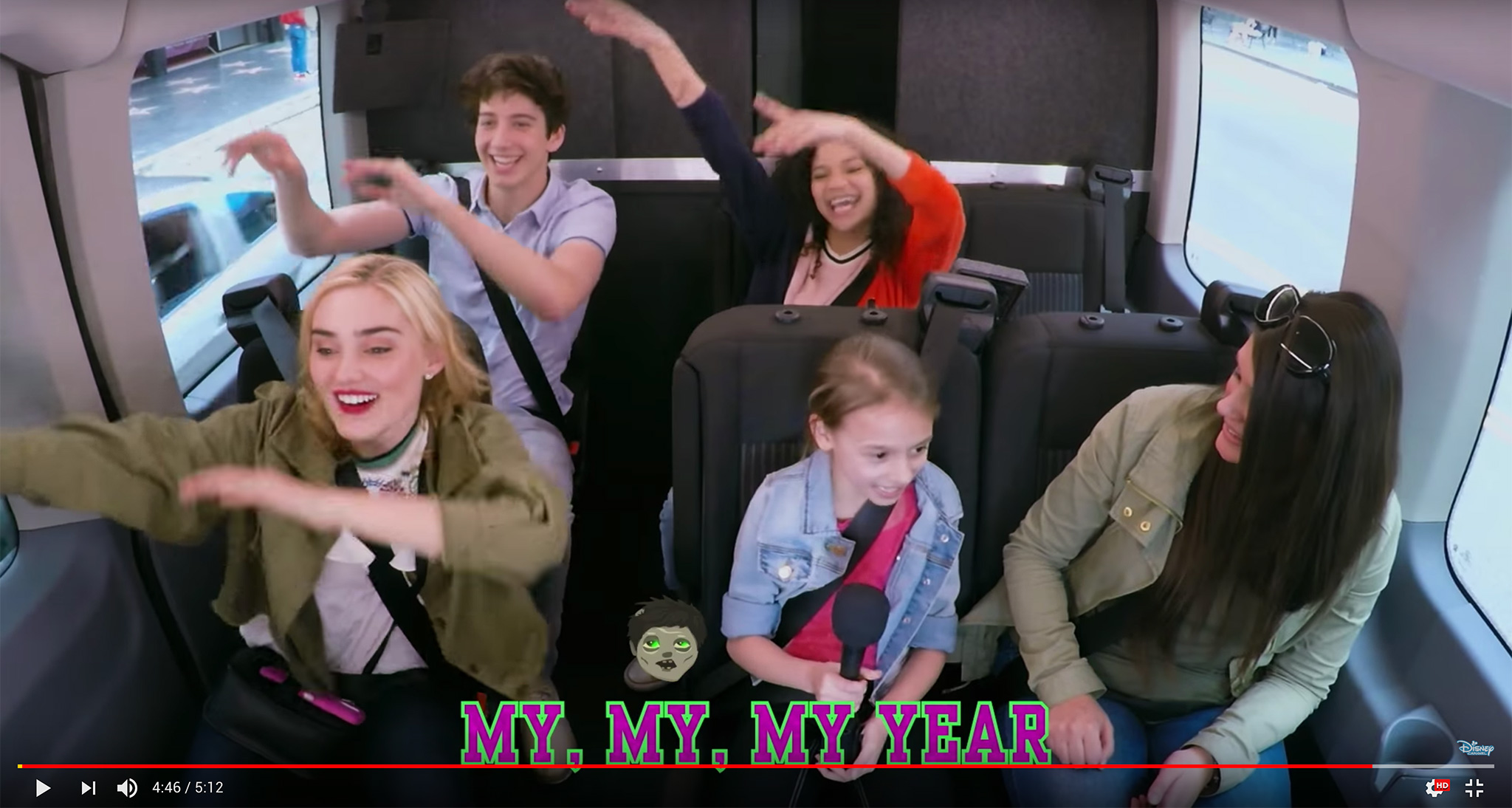 ZOMBIES superfans get the surprise of their lives when they come face to face with Meg Donnelly, Milo Manheim and Kylee Russell!

It’s ‘ZOMBIES’ meets ‘Carpool Karaoke!’ Your favorite stars from the DCOM surprise some adorable fans in this EXCLUSIVE video. Prepare for your heart to melt!

Okay, so the Disney’s ZOMBIES cast is officially the best! In our EXCLUSIVE video, the DCOM’s stars Milo Manheim (Zed), Meg Donnelly (Addison), and Kylee Russell (Eliza) team up with Walk the Prank creators/producers Adam Small and Trevor Moore to create the ultimate surprise for four ZOMBIES super fans — Carpool ZOMBIE-oke! It is the CUTEST video we’ve ever seen!

The fans, Alison, Ava, Demetri, and Evelynn, thought they were only taking an ordinary bus ride with their parents to the circus. Their fellow passengers on the bus are none other than their favorite ZOMBIES stars. Meg and Kylee are in disguise, while Milo hides in the back of the bus. During the ride, Meg and Kylee talk to the kids about their favorite movie. When music from ZOMBIES starts to play, the kids start singing along! Meg and Kylee don’t let on that they’re actually the stars of the movie just yet.

Suddenly, Milo opens the back of the car and surprises the kids. Needless to say, they’re so excited to see him! Then Meg and Kylee take off their disguises. The look in the kids’ faces when they realize all three of their favorite stars are right next to them = PRICELESS! The stars and the super fans begin singing “My Year,” and now our year is made.

Disney’s ZOMBIES will be released on Disney DVD on April 24 with exclusive bonus content, including bloopers, deleted scenes, and The Zombie Survival Guide to High School. Since its debut in Feb. 2018, the ZOMBIES musical numbers on DisneyMusicVevo videos have tallied over 125 million global views to date. That’s amazing! This include the smash duet “Someday” and the cast’s performance of “My Year.”